Can I Use Wood Chip Mulch From a Tree Service?

Think you can't use wood chip mulch from a tree service? The good news is, you can. Here's what you should watch for to make sure you use it correctly. 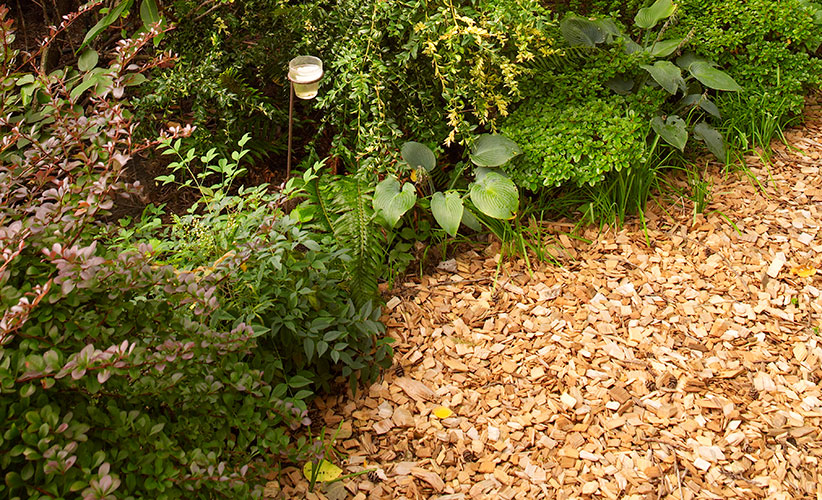 For years I’d heard you shouldn’t use arborist wood chip mulch (the kind made of fallen trees and other brush chopped up by tree removal services) because they could spread problems such as diseases or insects to your garden. But the price was right (free if you flagged down one of their trucks in the neighborhood and offered them a place to dump their load instead of the landfill) so I took my chances. I’ve never had any issues short of the random chip bag or drink cup chopped into the mix from a worker’s lunch. But there can be concerns, so here's some pros and cons to using wood chip mulch from a tree service in your garden. 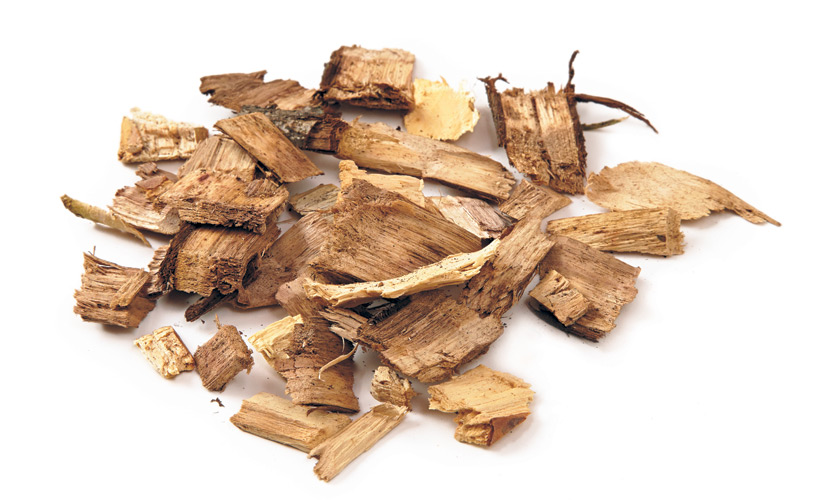 Is wood chip mulch safe for my plants?

Some woods, such as walnut, contain a chemical that prevents other plants from growing well near that tree, so you wouldn't want walnut in your mulch. Construction materials or fenceposts with toxic creosote treatments are woods that could get chopped up along with a tree crew's cleanup job. I recommend asking what woods are chopped into the mulch and if pesticides have been used on them to be sure what you are bringing in is safe to use on your plants. Most of the time, arborist wood chips are simply trees that have been cut out of ditches and power lines or are storm-damaged and are no problem.

Most insects won’t survive the chipping and shredding process, so you needn’t worry much over that. Termites are unlikely to tag along in arborist wood chip mulch. They much prefer old lumber and railroad ties over wood chip mulch, which stay too dry as mulch and are not very digestible. Keep mulch at least 6 inches away from your house or wood siding to just be sure other insects won't wander in.

You Might Also Like:
7 Common Garden Pests
Fight These Common Garden Weeds
5 DIY Fungus Fighting Recipes
What to Do About Boxwood Blight

While it could be possible for plant diseases to come in with wood chip mulch, the chips would have to be in contact with the soil close to your plant's roots to spread. Since most arborist wood chips are chopped fresh from living or storm-damaged trees, let the wood chip mulch age and dry out, even as long as a season, before using it. If the pile heats and starts to compost, that should destroy any potential disease pathogens. If they are not aged, use wood chip mulch on only the soil surface — don’t incorporate them into the root zone or in contact with the trunk.

Since I have a place to store a large (higher than 4 ft.) pile of wood chip mulch for a season or more, occasionally it heats up inside, and smells sour. While the heating can kill potential pathogens that sneak into the mulch, you don’t want to spread it on plants when it is hot or pungent smelling. Sour mulch is actually fermenting wood material, and it accumulates acids that can damage foliage temporarily or kill tender seedlings. Bagged mulch that has gotten wet can have the problem as well.

How to remedy moldy mulch

Spread the mulch out to dry and get air circulating through the material for a couple days, then it will be safe to use. You may also notice white tendrils of mold growing in a mulch pile. These are molds that help decompose organic matter and are perfectly normal. Fluffing the wood chip mulch up and airing it out before using it will get rid of any unsightly masses of mold.

Arborist wood chip mulch is OK to use

So don’t worry about arborist wood chip mulch. You’ll be doing the garden a favor by adding soil-building mulch while keeping tons of organic matter out of the landfills. And your pocketbook will thank you, too.