The spotted lanternfly is an invasive insect species that is making its way across the U.S. Here is what you need to know and what to look for. 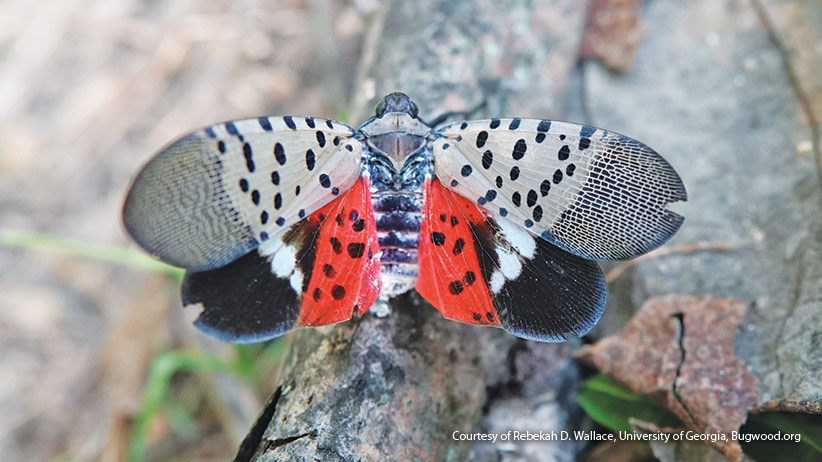 Adult spotted lanternflies (Lycorma delicatula) are 1 inch long with striking black-spotted gray wings, bright red underwings, and a 2-inch-wide wingspan. Red nymphs with white spots emerge from unusual egg masses that can be mistaken for a smear of mud. The adults can inconspicuously hitchhike on a vehicle, which makes these highly invasive insects a relevant threat to every gardener.

Native to Asia, this pest was found in Pennsylvania in 2014. Today populations infest several states in the northeastern United States, and the insect has even been spotted in western states, such as Kansas and Arizona. The spotted lanternfly nymphs feed on plant sap of many plants, particularly economically essential trees and vines, including fruit, nut, ornamental and evergreen trees. The feeding can weaken and kill plants and instigate growth of a sooty mold.

You Might Also Like:
Scarlet Lily Leaf Beetle and What to Know
7 Common Garden Pests
How to Deal with Japanese Beetles 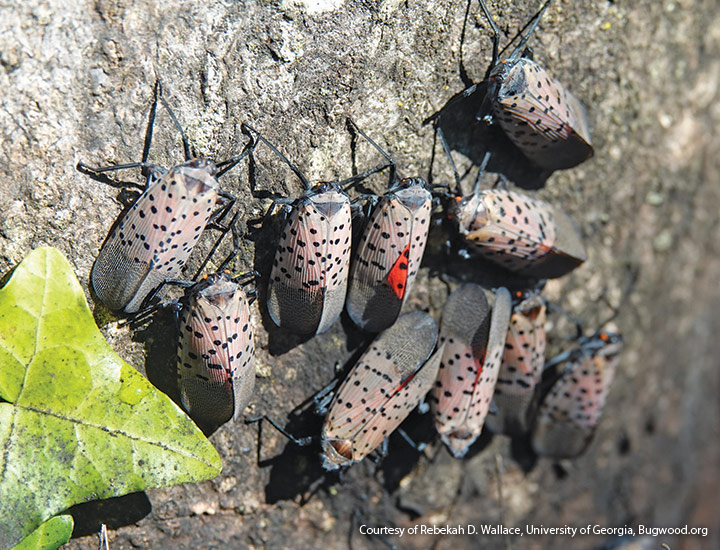 How to control spotted lanternfly population

Check Penn State Extension's website for even more photos to help you identify this insect and what to do if you see it. If you find an egg mass, scrape it off and destroy it by sealing it in a plastic bag or dropping it in alcohol. If you find nymphs or adults, photograph them and report the sighting to your local county or state Extension. Squash or drop bugs in soapy water to kill them. And remove tree of heaven (Ailanthus altissima), the main host for adults.

You Might Also Like:
How to Remove Poison Ivy from Your Garden
10 Invasive Plants You Should Avoid
Identifying Weeds in the Garden