Getting Rid of Fungus Gnats

Fungus gnats are one of the most annoying houseplant insect problems! Can you relate? Here are 8 simple ways to get rid of them. 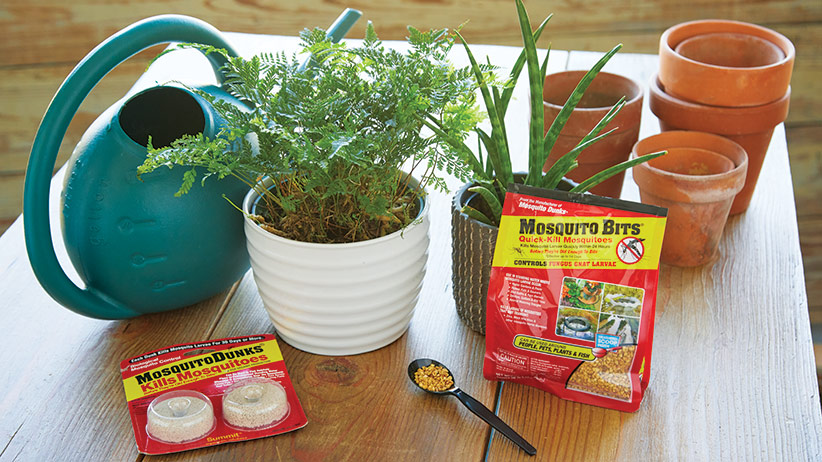 Ways to get rid of fungus gnats

The bane of my existence is the fungus gnat (Bradysia spp.). This insidious little creature’s larva love to inhabit overly wet soils. Their larval feeding habits can damage plant roots, even stunting or killing seedlings or less established plants. Adults leave the soil and fly, often to flutter straight into your mouth or nose. Here are 8 ways to get rid of fungus gnats in your houseplants. For best success I like to combine a few methods.

1. Dry out the plant

Fungus gnats are attracted to moist soil with fungus and rotting organic materials to feed on. The best way to eliminate them is to water less. 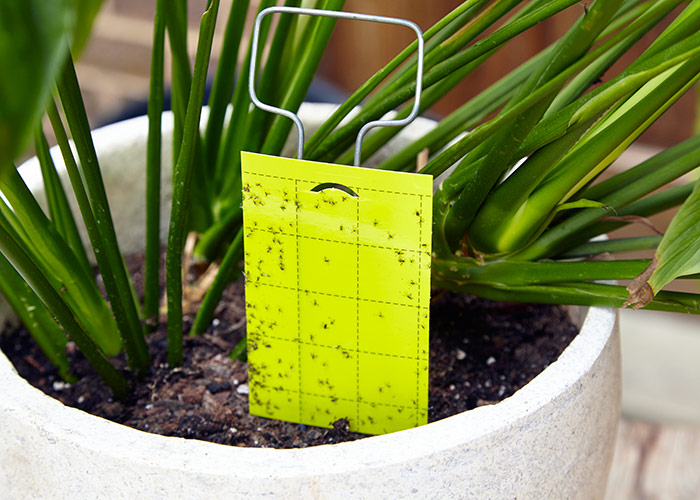 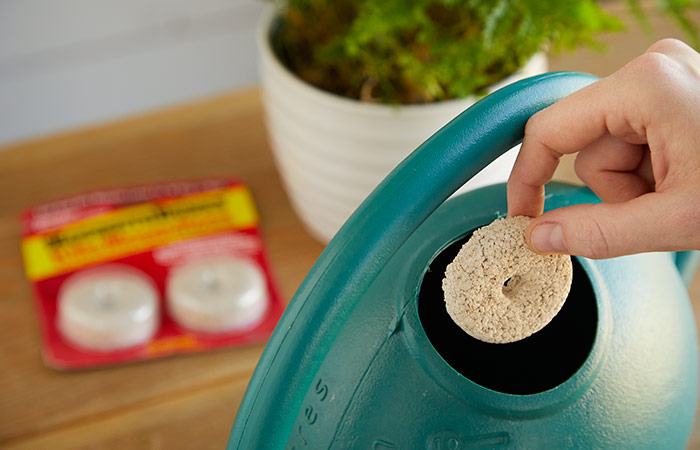 3. Use a Bt product to control fungus gnats

Attack fungus gnat larvae with Bt (Bacillus thuringiensis subsp. israelensis*), a bacteria available in several forms that is applied to the soil and watered in. Even if the plant is very wet, go ahead and make the application. Just let the plant dry before treating again. Here are a few products that have worked for me:

Mosquito Bitsand Mosquito Dunks
Sprinkle granules on the soil or dissolve in water before watering in.

Knock-Out Gnats™
Dissolve granules in water or sprinkle them on soil, then water in.

Gnatrol
This has always been my go-to control. Dilute the liquid in water. 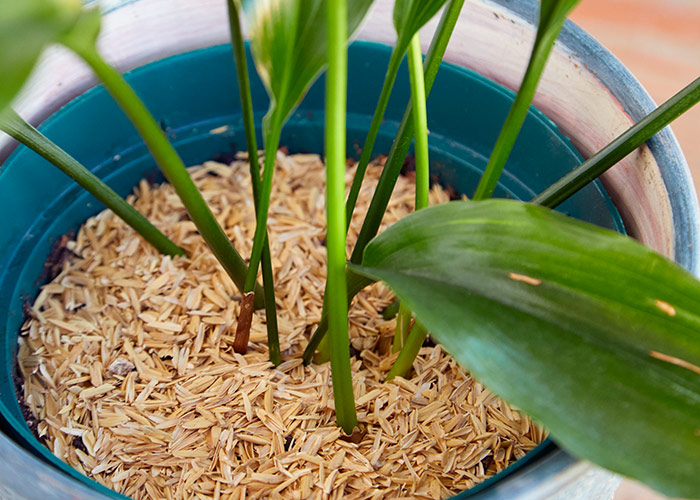 A layer of sand or rice hulls ¼- to 1-inch thick dries out quickly after you water and provides a dry, inhospitable place for adults to lay eggs. 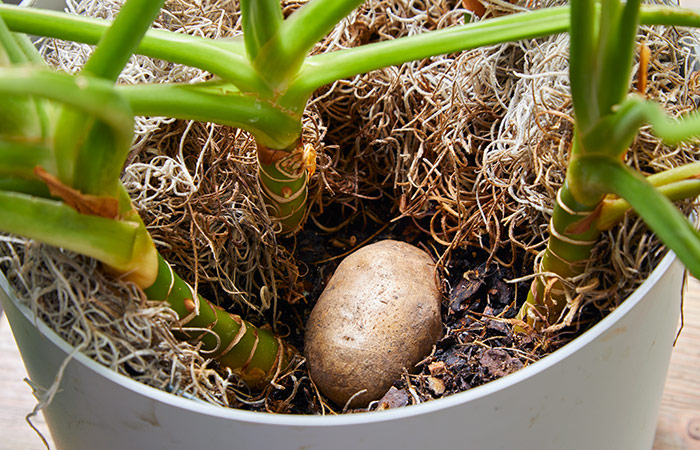 Slice a potato in half and place the cut side down on the soil. Fungus gnat larvae will be drawn to the potato to feed. Check daily and replace larvae-infested pieces.

7. Use insecticidal soap or neem oil

Though not quite as effective as Bt, these natural insecticides can kill fungus gnat larvae when watered into the soil. Spraying the foliage is not effective for fungus gnats.

You Might Also Like:
6 Organic Garden Products
7 Common Garden Pests
5 Home Remedies for Fungal Problems in the Garden

Nematodes (Steinernema) and predatory mites (Hypoaspis) feed on fungus gnats and their larvae and can be applied to the potting mix as eggs that will hatch and begin to feed. They will gradually attack the problem until there is nothing left for the predators to feed on.

Tips for Decorating with Houseplants

3 Ways to Recycle Christmas Trees in the Garden

Discover this amazing moss garden and all the ways you can use moss to create a peaceful, relaxing retreat that doesn't need a lot of work.

Need some showstopping color for your garden? Grow these plants with red flowers and foliage and learn a few tips for using this strong color in the garden.