If you’ve dealt with moles even once in your life, then you’re probably aware of how infuriating these little critters can be. Though very small in size, moles are like digging machines and can dig up to 18 feet an hour. Surprising, right? A great way to keep moles away from your gardens, lawns, and yards is by installing mole traps.

Mole traps are available in many different types, shapes, and sizes, which can make choosing the ideal mole trap for your garden a daunting task. To make the choice simpler for you, we’ve curated a list of the top of the line mole traps of 2022 as well as an informative buyer’s guide at the bottom. Let’s get started and find out how to keep those pesky moles at bay! 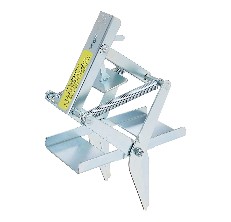 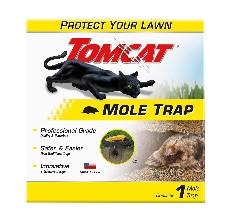 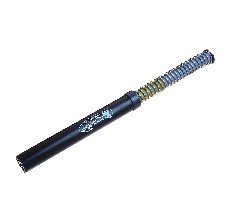 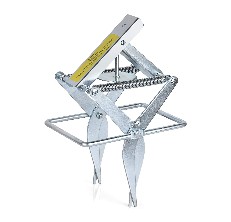 A Buyer's Guide to the Leading Mole Trap

Mole traps are classified into three different types — harpoon, choker, and scissor-jawed. Let's take a look at how these differ:

As the name suggests, this type of mole trap features scissor-like jaws. The jaws clamp shut when a mole passes between the trap, and these mole traps are most effective in killing moles instantly. These traps are relatively inexpensive and work in all types of soils, but they can be difficult to set up and require some physical strength to do so.

These mole traps are driven into the ground by a spring and feature pointed spikes that kill moles as they pass through. This kind of trap is very easy to set up and works great in shallow systems. Though these traps are effective, they’re not a good option for smaller moles that can easily escape the trap.

Also known as a nash trap, a choker trap features choker loops that tighten around the body of the mole, letting you kill moles quickly and cleanly without any bait. These traps are very safe and easy to set up, and since the frame’s moving parts go under the ground these mole traps are safe to use around children as well. These traps do take more time to trigger than the rest of the options, though.

To pick the most effective mole trap, pay attention to the following factors:

Some mole traps can be extremely difficult to set up, and you can end up injuring your fingers in the process. To stay safe, you should look for a mole trap that’s easy to use. Some mole traps can be set up by yourself, but some require the assistance of another person. You should also check whether the mole trap you’re looking at requires digging or not — this can make a big difference in how easy it is to use.

Mole traps are usually reusable. Determine how many traps you’ll need to set up in the area to efficiently get rid of moles. Ideally, you should set up at least two to three mole traps to catch multiple moles at the same time — if the mole population terrorizing your yard is pretty large, you can add several more traps. The number of traps you’ll need all depends on how quickly you want the problem to be taken care of.

A mole trap’s effectiveness typically depends on the type of trap you use. Some can trap all kinds of moles, while others are effective for larger moles but not smaller ones. You can also find traps that can help you catch more than just moles, such as gophers, mice, voles, and more.

Check the material that a mole trap is made from. Galvanized traps made from stainless steel, metal, or aluminum are the sturdiest options available on the market. For peak performance, opt for a mole trap that features rust-resistant and weather-resistant properties, as these won’t easily be damaged by environmental factors.

If you’re looking at humane mole traps, these are usually made from plastic. These feature a hollow tunnel shape with a one-sided opening — once a mole enters the frame, it gets trapped until you release it. Plastic mole traps are usually corrosion-resistant and very lightweight.

Ground conditions are another important factor to consider. Mole traps are most functional when they’re set underground inside a mole tunnel. This means that for a trap to be effective, its mechanism should be able to quickly move through dirt to catch the mole.

Keep in mind that moles usually prefer moist, sandy loam soils in gardens and lawns, and they tend to avoid dry, heavy clay soil. This is the type of ground you’ll want to set the trap in.

Moles are often mistaken for gophers, shrews, voles, and even mice. Since voles and shrews often use mole burrows for traveling, distinguishing moles from these critters becomes even more confusing. You’ll need to learn to differentiate between the three because gopher traps are not effective for moles, and vice versa. The damage done by gophers is usually far worse than what moles can manage.

If you’re looking for a mole trap that offers exceptional performance at a great price point, then look no further than the Wire Tek mole trap. Unlike other mole traps that can be a headache to set up, this one uses an easy foot-stepping motion to let you safely set it up within minutes — you don’t even need to dig any holes to set this mole trap up!

This mole trap has a sturdy stainless steel build that ensures it won’t rust when placed outdoors in your lawn, garden, or yard. Just make sure to use gloves when setting this trap, since moles have an excellent sense of smell — if they happen to catch your scent on this trap they’ll simply tunnel around it, which can be very frustrating. This mole trap is our top pick because it offers great results and is easy to use.

Next up we have the Tomcat mole trap. This trap effectively kills moles without drawing blood, which not only makes the entire process mess-free but means the trap itself is easier to clean as well. This professional-grade mole trap is much safer and easier to use than a traditional trap, and its effective and innovative design makes it a reliable trap that can be reused again and again.

This mole trap has a low-profile nature that makes it easy to sit close to ground level, so placing and setting it up can be a breeze. The trap can also be safely disengaged and moved to another tunnel if necessary, and it doesn’t have any bulky metal sticking out that can cause injuries during setup.

The GopherHawk mole trap is another great option that’s ideal for large gardens and multiple affected areas. This mole trap is very convenient to set up, use, and clean, and installation doesn’t require any digging. Unlike most mole traps, this one is also very easy to remove. When installed properly, this trap catches moles as quickly and humanely as possible.

To set up this all-in-one mole trap, all you need to do is identify the mound where moles frequently pass through and place some dirt around that spot. Since you’ll be installing this mole trap directly on the ground, it features rust-resistant properties to keep it working well as new, even in moist soil.

If you’re tired of using ineffective mole traps, then it’s high time you give the Garsum plunger mole trap a try! Made from premium-grade alloy steel, this mole trap offers excellent weather resistance, rust resistance, and durability, and its thick, heavy frame allows it to work in all types of soil, including loess and sandy soils.

This mole trap features sensitive scissor-like jaws that will trigger even the slightest of movements, catching and killing the mole in an instant. You won’t need to use poisonous or chemical bait with this trap, which makes it a safe choice that’s great for organic farms and nurseries, and it even comes with a one-year warranty.

Q: How many mole traps should I place in my garden?

A: This depends on the size of the area where you want to trap moles. Small gardens generally require two traps, medium gardens require four traps and large gardens or lawns require six or more traps.

Q: Which bait should I use with mole traps?

A: There are several different types of mole trap baits that you can work with. Peanut butter is a great bait option since moles are attracted to its fragrance. Other than that, earthworms are another effective option.

Q: How often should I check mole traps?

A: You should check mole traps daily to make sure that any moles that might be trapped aren’t suffering. 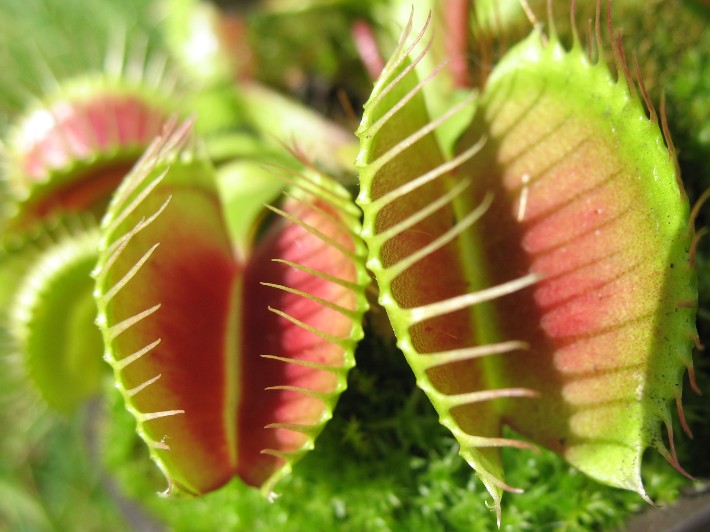 Best Venus Fly Traps Reviewed by Our Team
The Venus flytrap is a blooming plant that is most known for its carnivorous diet. Each leaf has two hinged lobes that serve as the "trap." The trap will only… 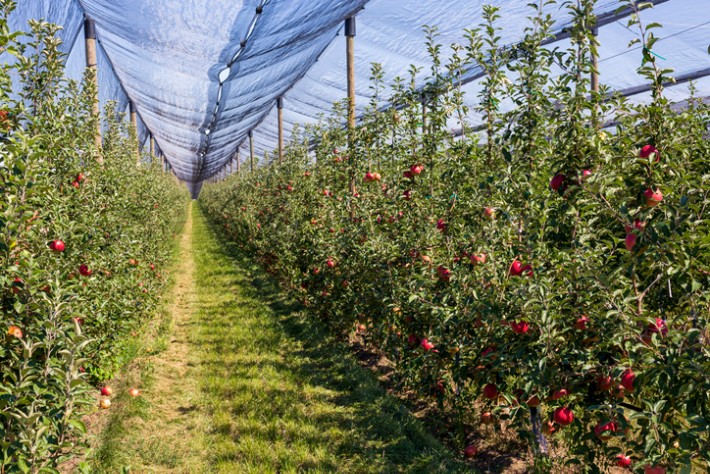 Protect Your Garden Plants From Damage With the Best Shrub Guards
Maintaining your garden or the lawn is not a piece of cake. It requires effort, hard work, proper knowledge, and a collection of correct equipment. For example, removing the infected… 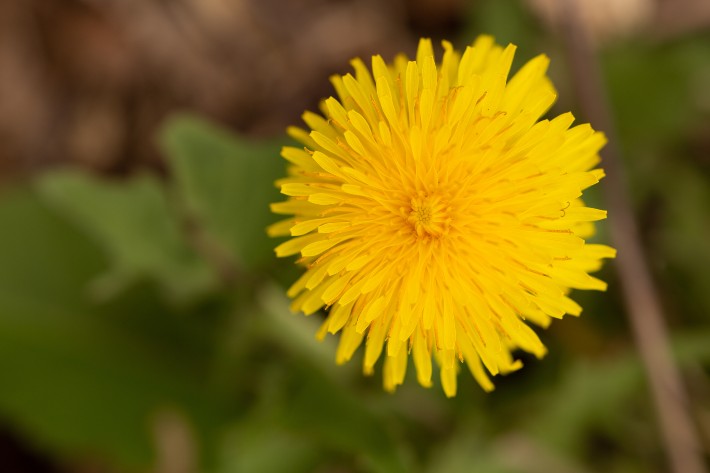 Eliminate Yellow Spots With the Best Dandelion Removal Tools
Just like people, gardens also require a structured beauty regimen to keep them lush and prolific. A neglected garden with minimal pampering can look highly unappealing to anyone who takes…