The home gardens are no less than a personal retreat in a mentally taxing and physically consuming world. Whether you plan to use your garden as a makeshift reading nook or just a zen space, it is important to adorn your garden with some visually appealing elements. Tastefully chosen pieces add a great deal of depth and individuality to these spaces and allow turning them into a true sanctuary. These adornments also reflect your personality. Garden statues are a simple way to add the much-needed quirk to your green haven.

Have you ever been to a garden and noticed small pot-bellied, bearded figurines like Snowhite's dwarfs? Well, those are the lawn gnome statues that are extensively used to adorn gardens worldwide. Many believe that these statues possess spiritual powers. Whether you believe in its magical properties or simply looking for adornments for your garden, we have compiled a list featuring the premier garden gnome statue in 2022.

A Buyer's Guide to a Garden Gnome Statue

Whether you frequently embark on purchasing lawn gnomes or this is your first time, the choice is never easy. The limitless available options further complicate the task rather than simplify it. Therefore, to facilitate your adventure of purchasing the gnome statues for your garden, we have compiled a comprehensive guide that includes all the relevant information regarding these quirky decorative figurines.

The Utility of Gnome Statues

Garden gnome statues are pretty famous decor pieces and are used by garden owners and interior enthusiasts around the globe. There are several benefits of the gnome statue, some of which are mentioned below.

No matter how tasteful your garden is, the absence of decor elements always makes it appear like something is amiss. The lawn gnome statues are an incredible way of adding character and a colorful element to your foliage. The thoughtfully chosen ones serve as eye-pleasing elements and complement the features of the garden and highlight the different spots around your garden.

The gnome statues can also be used to add a personal touch to the space. There are a variety of different lawn gnomes. Some are flamboyantly colored, others are downright hilarious, and some of them are symbolically used to highlight specific points.

There are several mythical tales encompassing the gnomes. These myths range from highly irrational to somewhat rational ones. Some of the popular ones include the belief that gnomes are lucky charms and they have an inherently positive effect on the productivity and greenery of your space. It is also believed that these figurines keep evil elements at bay and protect the garden's owner from bad luck and ill fate. Regardless of the truth behind these myths, the garden gnomes are widely used by both the rational and the superstitious folks.

The Story Behind Garden Gnome Statues

Garden gnomes are not a modern invention. A work of fiction, these lawn gnomes first surfaced in the Renaissance period during the 16th Century in Europe and have ever sin

Are There Any Varieties of Garden Gnomes?

Garden gnome statues come in a wide variety of different types. Read on below to learn more.

Dwarf statues are primarily male, but a female gnome statue is often seen infrequently. The general outlook is the same, except that the female possesses long hair and lacks a beard.

Based on the intent of use

Gnome statues are broadly two types based on their purpose; the functional and aesthetic statues. The aesthetic lawn gnomes are exclusively used as adornments. On the other hand, the functional ones have a purpose other than the decorative element and also serve as lights, motion detectors, and feeders, among many other functions.

Based on mode of placement

The dwarf statues are divided into two broad categories depending upon their mode of placement. They can either be upright or dangling types. The upright gnomes are stable figurines that stand on their feet and do not require external aid for mounting. On the other hand, the dangling types are the gnomes that are not stable enough to be placed on their own. They either need to be fixated on another object or hung. The upright ones are the most rampant type, but the hanging types are also common.

What to Consider When Picking a Gnome Statue for Your Garden

Contrary to popular belief, gnomes are not created equal. All gnomes comply with a particular theme. Whether you want a grime-looking gnome or a quirky one, and whether you want one for its functional value or aesthetic appeal, determine the ultimate choice of garden gnomes.

Traditionally garden gnomes are miniature figurines. However, some modern ones come in various sizes ranging from miniature ones to large-sized noticeable ones. The statue's choice depends upon the space available in your foliage. Moreover, it’s crucial to choose a sculpture that is neither too big to overwhelm your space nor too tiny to go unnoticed.

Lawn statues are made using various materials, including stone, wood, concrete, resin, and ceramic material. Each material has its inherent properties. The choice of material depends upon your budget, but most importantly, it is determined by the placement of the gnome. If the gnome statue is intended to be used indoors, the choice of materials includes wood, clay, resin, and ceramics. However, those intended for traditional outdoor usage should be constructed from more durable and weather-resistant materials like concrete, stone, and resin.

Formerly gnome statues were entirely used for adornment. However, the gnome has revolutionized with changing times and has several incorporated features that increase its utility. The modern-day lawn statues include LED lights, motion sensors, solar-powered lights, and animal feeders to increase their utility.

The possibilities of finding gnome statues that you genuinely adore are thin. Therefore it is crucial to buy gnomes that stand the test of time and prove long-lasting. In order to be durable, a garden gnome statue ought to be water-resistant, UV resistant, fade-proof, and break-resistant.

How Much Do Garden Gnome Statues Cost?

The garden gnome statues' pricing depends on the construction material, size, features, and quality. The pricing of lawn gnome statues ranges from $10 up to several hundred dollars.

The smaller size and decent quality statues cost $10 to $25. The medium-sized lawn gnomes range from $25 to $50. While the large-sized ones range from $30 to $75. Several gnome statues with premium features cost up to over $100. The antique and vintage lawn dwarf statues are collectibles with resale value and thus cost up to several hundred dollars. 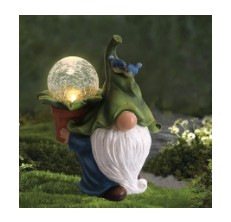 The incredible features and the weather-resistant coating of this garden gnome statue are why it stands out as the best available option among several others on this list. It’s a resin-based Scandinavian-inspired gnome in a green hat carrying a magic orb. The magic orb is equipped with a solar-powered light that absorbs sunlight during the day and uses the energy obtained from the sun to emit light for up to 10 hours during the dark. This eye-catching decor element adds a lot of visual appeal to spaces. The operation is relatively straightforward. Moreover, it has weather-resistant properties and can withstand unfavorable environmental conditions without fading.

This versatile garden gnome statue can be placed indoors or outdoors, such as with potted plants or in your garden. We highly recommend gifting this adorable gnome to the gardener in your life.

The gnome statue by Teresa’s Collection is a truly whimsical statue featuring three tiny gnomes in their natural habitat carrying out different activities. There is an addition of several meticulous elements. The craftsmanship speaks for itself and appears to be a product for skilled artisans. It has been constructed for durable resin material and coated with a weather-resistant coating that prevents it from fading color and losing luster. Along with being an eye-pleasing element, it also includes a solar power light that lights up for an extended duration of up to eight hours, making them highly functional. Moreover, they are sufficiently sturdy to withstand high-intensity winds. 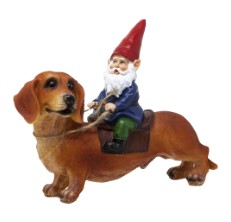 Watching a gnome ride on a dachshund is a comical sight and will make you chuckle every time you see it. The statue by Funny Guy Mugs is a genuinely hilarious yet whimsical garden gnome statue featuring a gnome on the back of a dachshund. This handmade statue is made from stone resin and painted using excellent quality weather-resistant paint. It’s also a perfect gift as it’s shipped in an impact-resistant package to prevent the fragile parts from breaking. This product is a perfectly unique and worthwhile addition to any gnome collection. 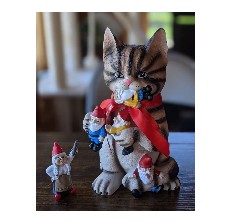 This garden gnome statue from By Mark & Margot is designed for those bored of their lackluster space and are looking for interesting elements to their pop of color and character. The comical statue features a cat attacking a family of gnomes and gnawing all of them together, whereby a gnome woman is seen pointing her gun at the cat to rescue her fellow gnomes. It looks equally great indoors as a decor element as it does in your garden. High-quality craftsmanship and durable properties make this garden gnome statue a perfect gift for friends with a penchant for cats, gnomes, and humor. Moreover, the company uses all profits for charitable causes so you can feel good about this purchase.

Last but definitely not least we have this garden gnome statue by Alpine Garden. The piece features a gnome with a green hat and folded hands standing upright. At 12 inches in height, this statue is an easily noticeable ornamental addition to any outdoor space. The material used in construction includes durable polyresin and stone powder, which both possess highly durable properties. By using these materials, this garden gnome statue is both weatherproof and rust-resistant. This ensures it is durable enough to withstand environmental impacts without losing its aesthetic appeal. Unlike the modern gnome statues that are comical and theatrical, this one is more realistic and straightforward, making it a perfect choice for those who want to add a sophisticated element to their spaces. Moreover, it has neutral earthy tones, which complement its surroundings without overwhelming the space or suppressing the appeal of other nearby components.

Q: Can garden gnome statues be placed in areas other than the garden?

A: Yes, even though these figurines are traditionally used outdoors in the garden, there are no restrictions on their use. They can also be used as indoor decor elements.

Q: What is the ideal placement for garden gnome statues?

A: There are no hard and fast rules for the placement of lawn gnomes. Similarly, there is no ideal place. You are free to exercise your creativity and place them where you consider appropriate. Generally, they should be placed in locations where they are most noticeable to utilize their decorative potential fully.

Q: How do I care for my garden gnome statue?

A: The garden statues are exposed to environmental elements that can lead to their wear. Therefore the maintenance protocol involves shielding the figure from these elements. It is crucial to keep the gnomes away from direct sunlight and water. Further, applying a weather-resistant coating fortnightly also helps in their maintenance. 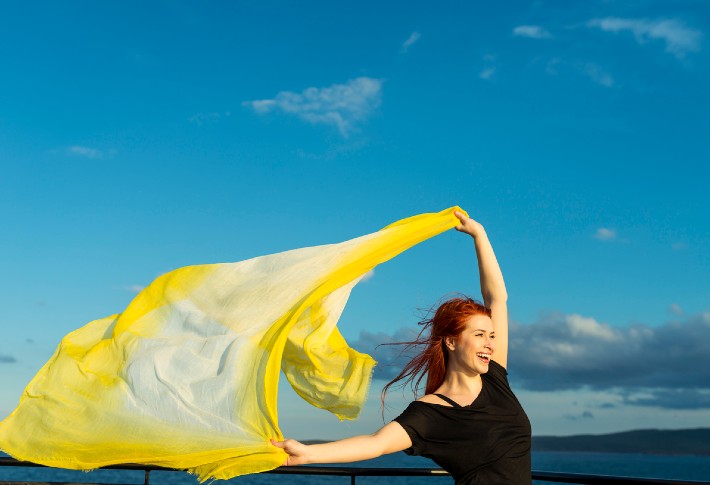 Beat Weathering With the Best Outdoor Fabrics
These days, looks aren’t the only thing people care about when choosing outdoor fabric. Performance and durability have become more important factors to consider when sifting through fabric options, especially… 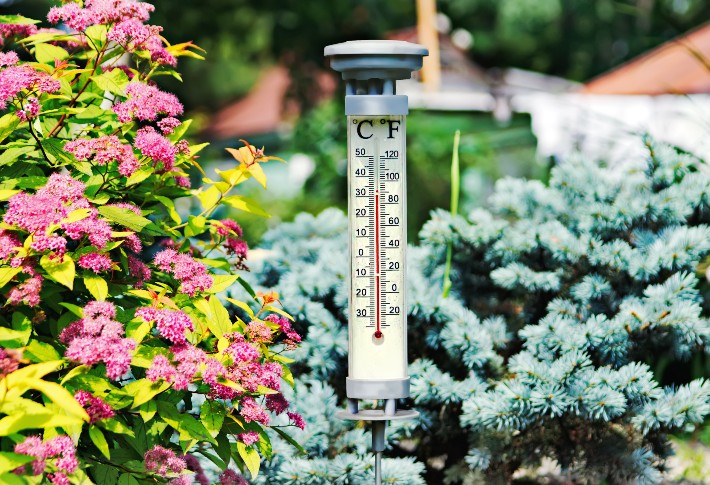 Keep Track of the Weather With the Best Outdoor Thermometer
Outdoor thermometers have made the lives of people easier than ever before. Now people don't have to rely on the weather forecast to check what the temperature is. The outdoor… 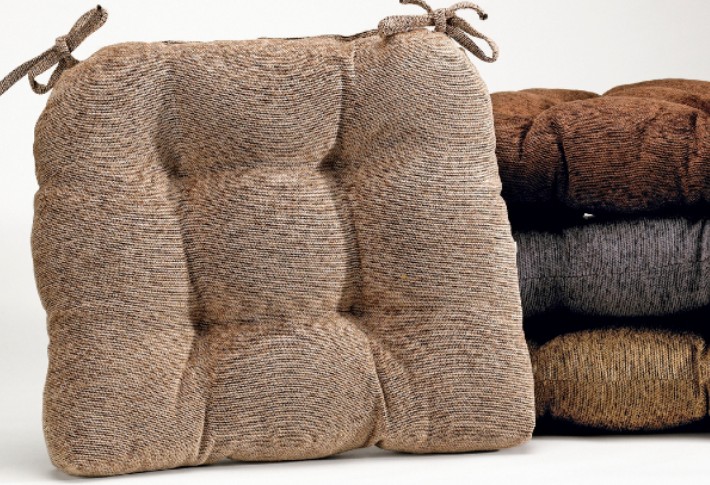 The Best Outdoor Chair Pads for Comfortable Sitting
Having outdoor furniture is a necessity if you have an outdoor living space of any size, but usually, the type of patio furniture designed for outdoor spaces is a tad…