A quality potting mix consists of all the right ingredients your potted plant needs to grow. However, since different plants require different pH ranges, water retention capacity, and porosity, choosing the right potting mix for your plant might become more of a chore than a hobby. Well, not to worry, here we have carefully selected high-quality potting mixes available in 2022. To give you a more comprehensive selection range, we have chosen potting mixes from organic and inorganic ingredients. So, it doesn’t matter whether your plant is a succulent or a fern; in this section of this article, you will find the highly rated potting mix in 2022 for your container plant. 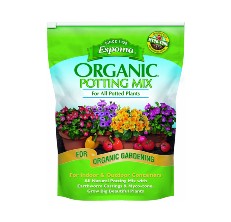 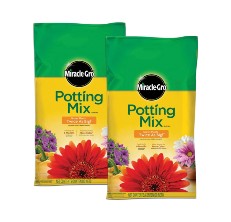 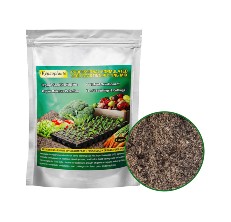 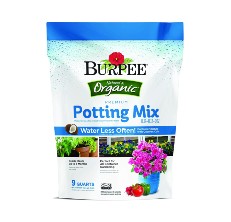 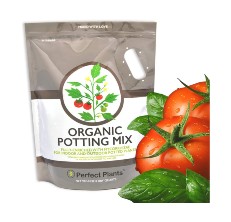 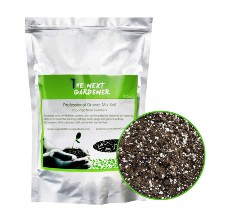 The Next Gardener Potting Mix
Check On Amazon
Also Consider 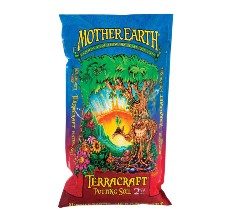 Using garden soil for your potted plants is a bad idea. They do not do well when placed inside containers. Here, whether you are an expert or an amateur, we would be leaking some guarded secrets that will help you with choosing the top-rated potting mix for seedling and replanting. At the end of this section, you will also be endowed with the ability to select high-quality potting mixes, just as we have done in the review section above.

What Is the Difference Between Potting Soil and a Potting Mix?

Although these two potting mediums have the similarity of helping the plant grow and are used interchangeably in other articles, they are not the same. So here we would be looking at the differences and advantages of one over the other.

A potting mix is a soilless garden medium made specifically for container gardening. This soilless media comprises many living organisms that provide potted plants with the sterile environment they need to grow. They are usually lightweight, have large particles, and are composed of slow-release or continuous-release fertilizers.

A potting mix will also include inorganic and organic matter like sphagnum peat moss, earthworm castings, sphagnum moss, compostable organic matter like pine bark and coir, perlite, and vermiculite. All of these ingredients help improve aeration, water-holding, and water retention capacity of your container plants.

On the other hand, potting soil is a gardening medium made from regular garden soil. This media, unlike the potting mix, isn’t sterile as it may contain pathogens. They are also heavy and don’t contain fertilizers; instead, they contain compost.

What Are the Benefits of Potting Mix Over Potting Soil?

What Are the Benefits of Potting Soil Over Potting Mix?

What Are the Different Types of Potting Mix?

Many house plants and outdoor potted plants will perform well with an all-purpose potting mix. However, some need a potting mix with ingredients explicitly tailored to their need. This special potting mix can imitate the natural habitats of these plants. Here are the different types of potting mixes.

The all-purpose potting mix works well for indoor and outdoor potted plants. In addition, they are also suitable for growing flowers, edibles, herbs, and other houseplants.

This type of potting mix makes growing indoor houseplants easy. When choosing a potting mix for your indoor plant, check the label to ensure it doesn’t contain compost or bark, as these attract gnats into your home.

This mix has a light and porous profile, which encourages healthy and robust root formation. It is fine-textured to allow better contact between the soil and the seed. Additionally, it is made sterile to ensure your plant grows to be healthy and free of diseases.

This potting mix contains dolomitic lime, a pH adjuster that allows it to attain the slightly acidic pH range of 6.0-6.5 of the natural environment of the African Violet.

Cactus and succulents require soils that drain water quickly since they are low water plants. Therefore, they contain perlite that aids in drainage and may also include pH adjusters that keep the mix in the slightly alkaline PH range of 7.3.

For more information about the different types of potting mix, watch this video from Gary Pilarchik:

What Are the Types of Fertilizers Used in the Potting Mix?

Fertilizers used by potting mix manufacturers are of two types, there are

Slow-release fertilizers are manufacturers’ embedded fertilizers used when transferring a plant from one container into another one. After planting, they do not remain in the potting mix for more than one month, so you will also need to add your fertilizer to the soil.

Also, they have the disadvantage of causing burns on flowers and plants when they sit in the bag for too long. This is due to the presence of nitrogen in the fertilizer.

Starter charge fertilizers are useful for helping seeds germinate. The fertilizer present in the mix is very little and will only remain in the potting mix for the first three times you water the seed. You will also need to add your fertilizer to the mix.

What Are the Most Popular Potting Mix Ingredients?

Here we would be discussing the origin and function of some of the most popular potting mix ingredients.

This ingredient is from the peat bogs of the united states and Canada. They ensure that the potting mix has a high water retention capacity and provides it with good air spacing, which will help the roots grow well. They are perfect for growing plants that need an acidic medium to survive.

This ingredient is usually combined with peat moss to provide excellent moisture and water retention ability to the potting mix. However, by itself, it will not be able to support plant growth. To enjoy its benefit, potting mix manufacturers combine it with peat moss. Once added to peat moss, the pine bark works to extend the life of the potting mix.

Perlite and vermiculite are two ingredients of volcanic origin; they help to provide air space in the mix. Vermiculite is particularly important as it can hold moisture and fertilizer for an extended period. It also ensures that nutrients are attached to the plant’s roots instead of moving down to the bottom of the container.

Factors To Consider When Choosing a Potting Mix

Here are factors and features to look out for when choosing a potting mix for your plant.

The best potting mix contains a handful of essential nutrients in the right proportion that will meet your plant’s needs. So, when choosing a potting mix, select the ones that will provide your plant with a wide variety of nutrients.

The best potting mix will allow air to flow to the roots of the plant easily. The potting mix needs to be fluffy; it should not compact easily and should be lightweight. The soil should also allow for good drainage of water. Lastly, the potting mix should be porous enough so that air and oxygen can get to the plant’s roots.

Our Favorite Potting Mixes of 2022 Reviewed in Detail

The Espoma AP8 includes a combination of all the best organic ingredients your plant needs to grow and live healthily. It is suitable for all potted plants.

The Miracle-Gro potting mix is formulated with ingredients that will make plants grow big twice faster than any other potting mix. It also adds brightens the color of your potted plant.

The Burpee premium potting mix will keep your flowers looking bright and vibrant. It also grows nourishing and delicious-looking vegetables and herbs.

This organic potting mix from PERFECT PLANTS works well for both outdoor and indoor plants. With it, growing your herbs, vegetables, and cannabis plant should be easy.

The Next Gardener Potting Mix

This potting mix from the Next Gardener is the best organic mix for all horticultural bonsai species like succulents and cactus. It is also incredibly lightweight and has good water absorption ability.

Hawthorne Gardening Co. calls this the Mother Earth Potting mix. It is the #1 all-purpose potting mix for flowers, vegetables, and tomatoes. It works well for indoor, outdoor, and also raised beds plants.

Q: Which is better, potting soil or potting mix?

A: Although potting soil and potting mix have their strengths and weaknesses, the potting mix is the better option because it is sterile and contains no pathogens.

Q: When should I replace potting mix?

A: If a potting mix is unused, you should try replacing it after six months. However, for a potting mix still in use, replacement should be done within 12 to 18 months.

Q: How do you know if a potting soil is bad?

A: Here are some indicators that your potting mix has gone wrong; these are signs that the peat moss in the potting mix is decomposed. 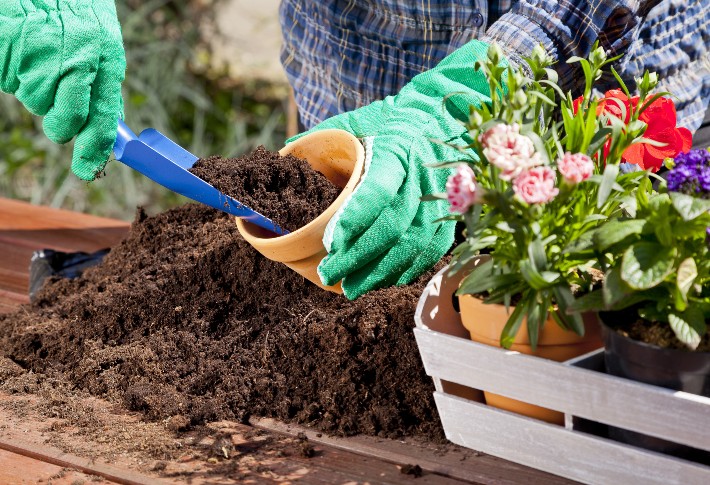 The Best Potting Soil for Every Plant Parent
You may have experienced a time when you wanted to grow beautiful indoor plants, but they didn't materialize. The reason for this could have been the use of wrong potting… 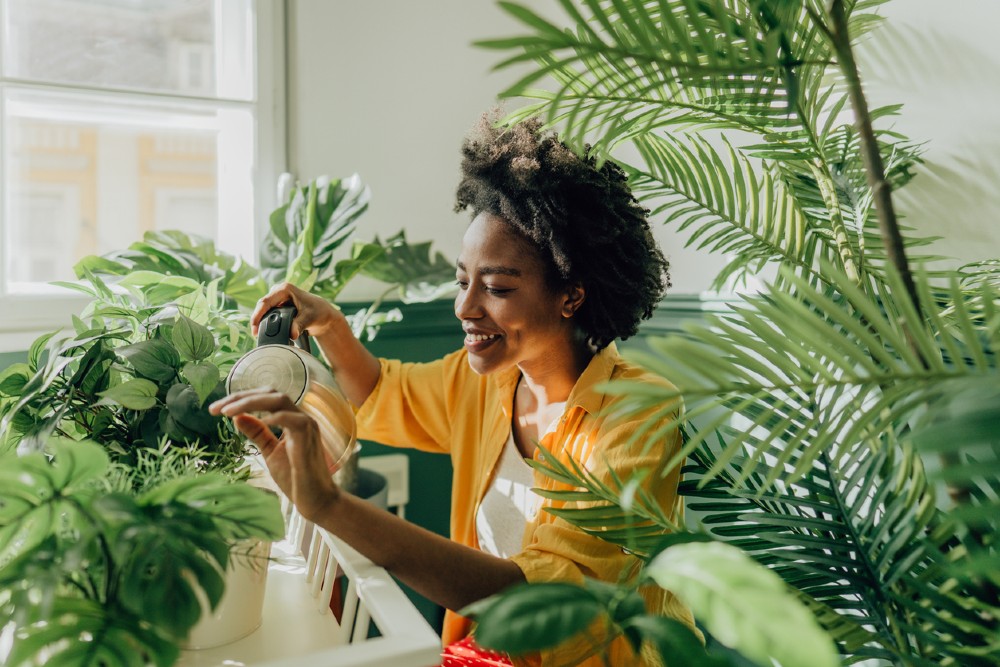 Benefits Of Gardening For Your Mental Health
Everyone should have a hobby that gets their minds off of the daily stressors they experience. Having a garden, no matter how large or small, has proven over time to… 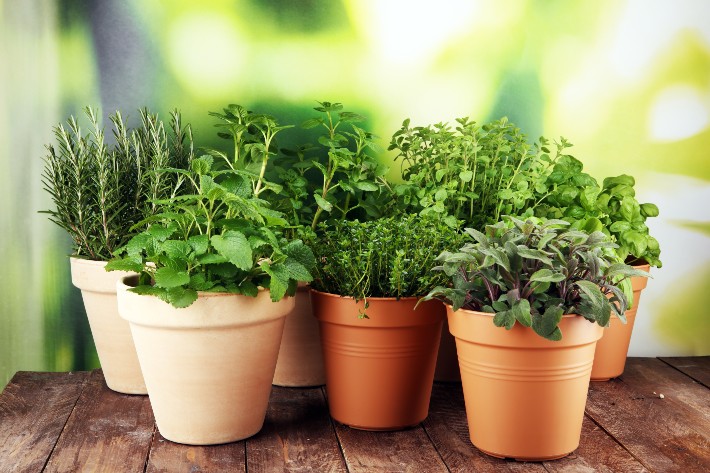 Plant Your Favorite Seeds in the Best Herb Pot
Having a fresh supply of herbs at home is excellent for significant health benefits. However, not everyone has space for a big herb garden, so a great alternative to this…