You’ll find this strange-looking fungus growing on mulch, often at the base of shrubs. Artillery fungus forms small yellow “bubbles” that are less than 1?10 in. in diameter.

IDENTIFICATION — You’ll find this strange-looking fungus growing on hardwood mulch, often at the base of shrubs. Artillery fungus forms small yellow “bubbles” that are less than 1?10 in. in diameter. Each of these structures holds, and eventually ejects, a small brown capsule called a peridiole that contains spores. That small brown capsule in the photo has been ejected. Believe it or not, they can be projected up to 20 feet! While the peridioles aren’t harmful, they stick like glue and are unsightly on light-colored surfaces, such as siding.

CONTROL — Artillery fungus breaks down rotting hardwood, and is most active in spring and fall, when temps are between 50 and 70 degrees F. If the specks are affecting nearby surfaces, your best bet is to remove the mulch. Or cover your existing mulch with a mix of two parts mushroom compost to three parts cedar, redwood or cypress mulch. Recent studies have found these mulches, mixed with mushroom compost, are resistant to this fungus. 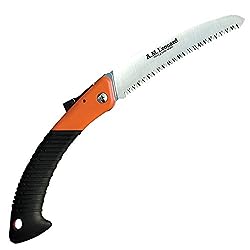 Slide show: A gallery of impatiens

Plant nectar-rich flowers and you’ll have plenty of butterfly visitors to your garden. Here are five common ones you’re likely to see.

With its thick tuber and fibrous roots, this 4 1/2-ft.-tall weed towers along roadsides and other spots.