Leafhoppers belong to one of the largest families of insects. They feed on scores of plants, including grasses, vegetables and herbaceous and woody plants. 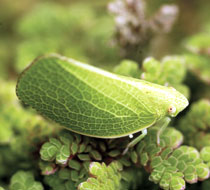 IDENTIFICATION — Leafhoppers belong to one of the largest families of insects. They feed on scores of plants, including grasses, vegetables and herbaceous and woody plants.

Adults and nymphs feed on plant sap in leaves and stems throughout the growing season. The leafhopper at left is an adult — you can tell because it has wings. Nymphs are about the same size — 1?8 to 1?3 in. long — but don’t have wings. A toxin they inject often causes white or yellow stippling on leaves before they curl and fall off. Leafhoppers can also spread viruses and bacteria as they move between plants.

CONTROL — Spiders, assassin bugs and robber flies, as well as birds and lizards, prey on leafhoppers, so small populations aren’t usually a problem. Spray insecticidal soap on all surfaces of plants, including the undersides of leaves, to kill large infestations. 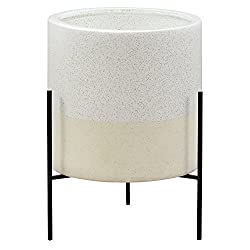 Sooner or later you’ll probably need to take off a tree limb to repair storm damage or to keep from hitting your head as you mow the grass.

Growing 1 to 2 in. tall and spreading 8 to 48 in. wide, prostrate knotweed forms mats from a central tap root.